It is incumbent upon all men prisoners across the state of California and globally to embrace the struggle of women prisoners as a whole. We, the four principle negotiators of our Prisoner Human Rights Movement – George Franco, Arturo Castellanos, Todd Ashker and Sitawa Nantambu Jamaa (Dewberry) – recognize the women prisoner struggles and the PHRM supports them. These other prisoner activists do as well: D. Troxell, L. Powell, A. Guillen, G. Huerta, P. Redd, R. Yandell, J.M. Perez, J. Baridi Williamson, A. Sandoval, P. Fortman, Y. Iyapo-I (Alexander), A. Yrigollen, F. Bermudez, F. Clement and R. Chavo Perez.

These representatives, whom CDCr leading officials recognize as prisoner activists, are changing the face of race relationships within CDCr first, without any assistance from CDCr. Isn’t that amazing! The above named prisoner activists, along with the thousands of other prisoner activists throughout the California prison system, have changed the way prisoners should be treated as human beings.

I encourage all men and women prisoners to continue to press onward with our Agreement to End Hostilities (AEH) through all corridors of state and county facilities.

We are beacons of collective building while clearly understanding that we the beacons must take a protracted internal and external retrospective of our present day prisons’ concrete conditions to forge our PHRM onward into the next stage of development, thereby exposing CDCr’s racial discrimination and racist animus tactics against our prisoner class. This is why our lives must be embedded in determined human rights laws, based on our constructive development of our scientific methods and laws. Therefore, through our concrete conditions in each prison, our struggle shall be constructed through our Prisoner Human Rights Movement representatives and negotiators.

The PHRM has realized that CDCr has been setting up prisoners and creating racial tension among all racial groups, from various geographical locations up and down the state of California. It has become abundantly clear to the PHRM that Gov. Jerry Brown is an outspoken racist and overseer who has clearly shown that his discriminatory practices are directed at minorities and people of color: New Afrikan (Afrikan Amerikan), Mexicans (Latinos) and White working poor, who have all been suffering blatant discrimination in county jails and state prisons.

Gov. Brown went out and hired the most blatant racist prison superintendent in the U.S. as his secretary of corrections. Yes, CDCr Secretary Jeffrey Beard is continuing to torture, isolate, maim, racially assault, and racially, religiously and culturally discriminate against prisoners.

Gov. Brown and Secretary Beard are continuing their practices of long term solitary confinement. Now, it is a known fact that Gov. Brown and his personally appointed CDCr Secretary J. Beard do not want to STOP racial tension within the CDCr or the state of California as a whole, because if they did, the historical document, the Agreement to End Hostilities, would have been distributed by the CDCr to all women and men state prisoners, county jail prisoners, youth authority prisoners, juveniles, probationers and parolees throughout this state.

The Youth Justice League brought the Agreement to End Hostilities to the hood on the day it took effect, Oct. 10, 2012, at a rally in front of the LA County Jail. – Photo: Virginia Gutierrez

Since Oct. 10, 2012, when the Agreement to End Hostilities took effect, to the present day, California women and men prisoners’ racial and cultural hostilities have decreased, without any assistance from Gov. Brown or his subordinate, Secretary of CDCr Jeffrey Beard. It is important that all citizens here in California and throughout the United States realize that Gov. Brown and Secretary Beard do not care about reducing the violence among prisoners, nor do they care about the safety and security of Californians who are not incarcerated.

Our civil rights are violated daily. We citizens realize that the safety and security of California prisoners and our neighborhoods throughout California will only come from the people, not from corrupt law enforcement agencies! Because we know that the majority of California law enforcement policies have been brutal to our inner city citizens – killing and maiming our family members – and that the brutality has been sanctioned by Gov. Brown and carried out by CDCr Secretary Beard et al behind California prison walls against all prisoners and especially Level 3 and 4 prisoners.

I want everyone to know that I agree with my co-principle negotiators’ articles in the October 2014 SF Bay View newspaper: 1) “California prisoner representatives: All people have the right to humane treatment with dignity” on page 5 and 2) “Unresolved hunger strike issues” on page 16. I want to encourage everyone to subscribe to this newspaper. It is the voice of all people!

To all U.S. citizens and the world community, support our Prisoner Human Rights Movement!

We are fighting for human justice. We are upholding the U.S. Constitution and California Constitution and the liberties therein, while establishing the freedoms that our ancestors struggled for over the past hundred years in California.

Determined to preserve our human lives and those of all prisoners within the state of California, we, the Prisoner Human Rights Movement, call on all citizens to get involved with social change now. In the course of our work, PHRM realizes that it is natural that we should meet opposition from CDCr, because of their ignorance and lack of knowledge manifested whenever CDCr ruthlessly deceives and deprives prisoners of our human rights and civil rights daily.

With the dawn of this new prison era, the Prisoners’ Era of Retrospect and Construct, know what its essentials are; know its principles and strive to attain our goals and objectives in the truest sense of our Agreement to End Hostilities. We know what forced solitude causes: psychological and physical warfare, for prisoners and their outside family members as well.

Politically speaking, the world has changed and so have prisoners. Human progress means change, and today we need to prepare for a higher life, for tomorrow’s liberty – educationally, socially and politically.

Determined to preserve our human lives and those of all prisoners within the state of California, we, the Prisoner Human Rights Movement, call on all citizens to get involved with social change now.

No one wants to be tortured, dehumanized, racially profiled, religiously profiled and viciously targeted by acts of sensory deprivation by Gov. Jerry Brown’s state government and his California prison officials to implement the New Jim Crow, i.e., the Security Threat Group/Step Down Program (STG/SDP), which is actually criminal acts of torture by way of low intensity warfare. This is an act against all California citizens and humanity itself.

Our PHRM was threatened by CDCr officials and employees as we championed the cause of the Agreement to End Hostilities, and we thank God that our prisoner class did not fall prey to CDCr’s threats to destroy our AEH across this state. Prisoners hold their destiny in the palm of their hands and we shall not allow any prison correctional officers, sergeants, lieutenants, captains, associate wardens, chief deputy wardens, wardens, the director of adult institutions, the undersecretary or the secretary or even Gov. Brown to destroy our faith in humanity. The Prisoner Human Rights Movement shall stand as ONE clenched fist in solidarity against CDCr oppression.

I want to make it clear that Gov. Brown and Secretary Beard operate with the mentality of Donald Tokowitz Sterling, the former Los Angeles Clipper’s owner. Just review their policies, rules, laws and practices directed at all prisoners and their family members, relatives, friends and all citizens within this state.

We shall not allow even Gov. Brown to destroy our faith in humanity. The Prisoner Human Rights Movement shall stand as ONE clenched fist in solidarity against CDCr oppression.

People, get involved in struggle! 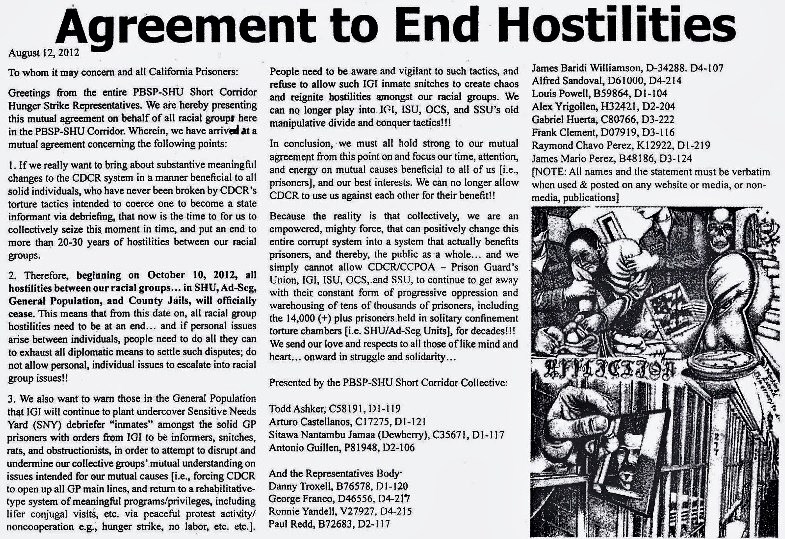 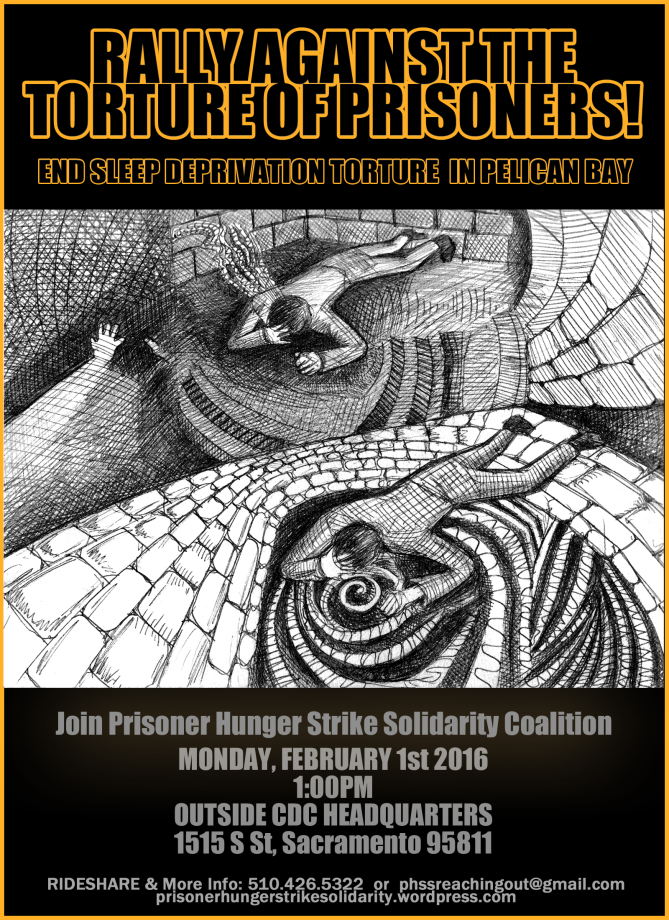 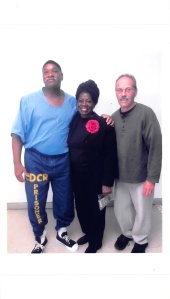 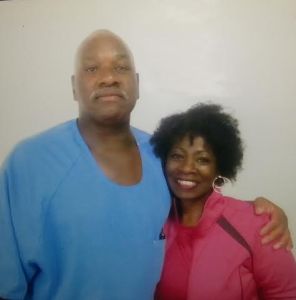